The company history and visions

We design and produce submarine models, photo-etched, metal and cast resin accessories and RC submerging systems (watertight cylinders), since the year 2000. As said before, we are much concerned with our products’ quality and with customers’ satisfaction.

Our customers have also their share in creation of our products, e.g. the photo-etched parts. Our company, the RCsubs, cooperates with modellers the world over.

Besides the original product line, aimed initially at the “submerging”, i.e. radio controlled submarine modellers, we, heeding the advice from our customers, turned our attention also to the static scale modellers’ needs. Thus we now produce the photo-etched sets for most of the plastic scale kits of submarines in several scales. Using our products elevates the scale and historic fidelity of a particular model immensely. These sets allow the discerning modeller to raise both the looks and true-to-scale value of his/her scale submarine model, regardless whether the model stands on the bookshelf at home or floats and dives in a swimming pool or a pond under RC control.

Our products also improve upon scale quality of the plastic kits, fixing some errors or omissions of them. Each model accessory is individually designed to a particular submarine, as we have proved during our research that there is nothing like e.g. a generic Gato-class or generic German Typ VIIC submarine etc., as each vessel in the class differs more or less from another in minor or even some major detail.

The major kit manufacturers must stop somewhere and make a decent saleable model with some possible omissions or errors, due to the understandable limits in cost of research and tooling. There are also some physical limits of injection moulding the miniature, thin or too fine parts in polystyrene, the main material of the plastic kits.

And that’s the point where we join the game and supply the discerning modeller with that extra quality to make his/her model exquisite and most accurate, a true replica of the real thing.

We scrounge all available and some hard to get to sources for info – photos, drawings, diagrams etc. of the particular sub. Thanks to the technology of metal etching with acid we can create e.g. the submarine’s deck with all the perforations, hatches etc. as on the original, life-size submarine. This brings the difference compared to a standard scale model kit. The etched brass deck simply looks proper.

The RCsubs company also provides the conversion sets for the Revell’s U-boot Type IXC, IXC40 submarine – namely the U-805, the U-516 and the U-534. On these vessels the much appreciated cooperation and help of the modellers from the USA, France, Germany and the UK brought fruit.

The set for the U-805 was created with the direct personal help and advice from Mr. Karl Bauer, who served on this submarine during the WWII as a torpedo technician. The U-805 surrendered at the US coast at the end of the Second World War, Mr. Bauer becoming a US citizen living there ever since. 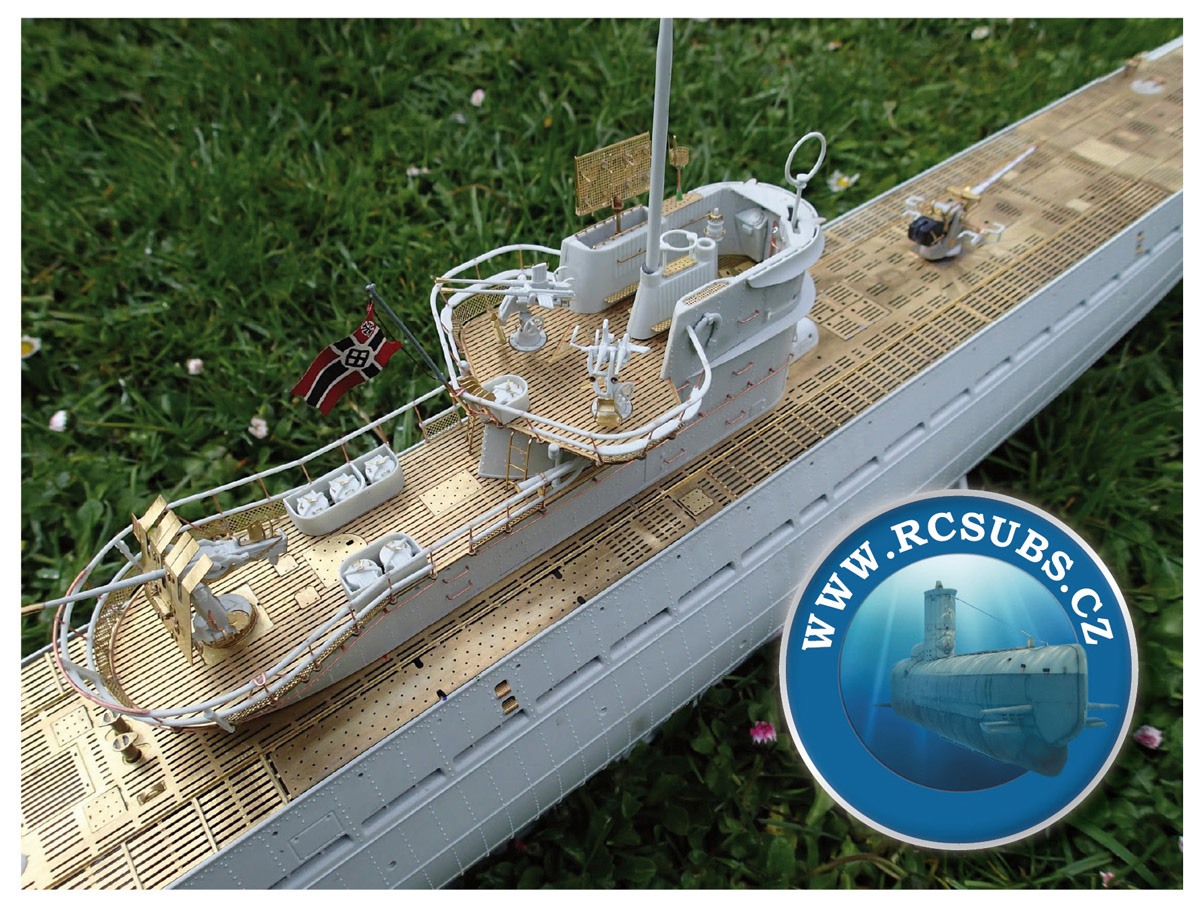